Powers/Abilities: Charles Grey's spirit survived the death of his physical body, and he was able to possess and control others (or at least his descendent).

(Marvel Frontier Comics Unlimited#1/6) - Charles was escorted home by he Hellfire Club allies Harold and John. John tried to assure Charles that what he say was just an ape in a mask, and John instructed Harold to give Charles an opiate to help him sleep. Overcome by the vision and thoughts of his own guilt and sins, Charles feared that the Devil would take him and decided to repent to escape this fate. Asking God for forgiveness, Charles then stabbed a knife into his own chest. Though his body fell to the ground, dead, his spirit remained, though he could not interact with others. 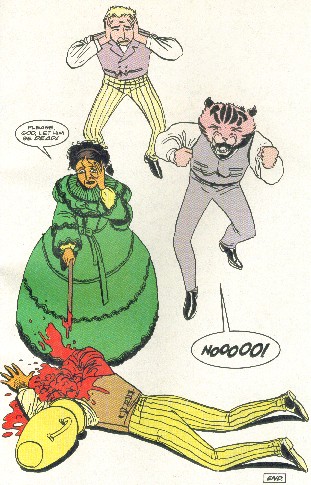 (Marvel Frontier Comics Unlimited#1/6) <1857> - One hundred years later to the night, Charles spirit entered the room of his abusive descendent, Malkin Grey. As Malkin prepared to beat his wife, Eleanor, Charles used a knife to stab Malkin in the chest. As Malkin died, Charles took possession of his form, reanimating it. Malkin's displaced spirit remained on the Earthly plane, distraught by his fate.
The next afternoon, Malkin recognized that his ancestor Charles had possessed him. Charles told him that he had summoned Eleanor's brother, a priest, to exorcise the spirit that haunted their house (meaning that he would get rid of Malkin's spirit). Eleanor found a stillborn kitten, and Malkin's spirit possessed the kitten.

(Marvel Frontier Comics Unlimited#1/6) <1858> - A year later, Charles (in Malkin's body) complained that Eleanor spent too much time with her cat. When she told him that the cat gave her affection (unlike her husband), he slapped her to the ground and prepared to beat her with a poker. As he bent down, the Malkin-possessed cat knocked a vase off of the mantle that struck Charles in the head, apparently killing him. Malkin then had the cat leap to its death on a sharp fence post, intending to return and re-take possession of his own dead body. However, the enraged Eleanor had beaten Malkin's head into a pulp with the poker, leaving nothing for either Charles or Malkin to possess.

This story was to be a prologue of a series called "The Fallen," which I don't believe was ever published. These stories were part of Marvel UK's Frontier Comics, kind of like the Marvel Knights or something...a little darker and edgier.

I'm not sure quite what the deal was with the circumstances under which the spirits could take a host. The host body apparently had to be dead, but it still had to be functionally intact. For instance, a stab wound to the heart was workable. A pulped head was not workable. It would seem that being impaled on a large enough object was not workable either.
Odd little nine page story.

According to the Hellfire Club's handbook entry, Dashford formed his club in 1746. It was originally called the Order of the Friars of St. Francis of Wycombe and only formally adopted the Hellfire Club name around 1760. From what I can tell, this seems to be true of the real life Hellfire Club as well.
--David A. Zuckerman

Thanks to Zuckerman for pointing out that Jean's more recent handbook profiles confirmed Charles to be an ancestor.

Loki found the real world story behind the monkey incident in an article published in the Beyond magazine in 2008. In 1762 John Wilkes brought a baboon to the Hellfire Club's chapel. Wilkes released the baboon, which had been dressed like a devil, during the ceremony. The Earl of Sandwich (John Montagu) really believed it to be a "devil" and asked it to spare him. The details of this incident were first published in 1766 in a book called Chrysal.
--Markus Raymond

CLARIFICATIONS:
Given that the Greys were part of the English Hellfire Club, it seems quite likely that they are distant relatives to Jean Grey and her family, but this is not 100% confirmed.

@ 1857, she was the wife of wife of Malkin and the sister of "Matthew." She took in and raised a number of kittens and she endured regular physical and mental abuse from Malkin. She was apparently unaware that Charles had possessed Malkin (though Charles seemed no less abusive) or that her one cat was possessed by Malkin (who was much more friendly as a cat). After a year, the Charles-possessed Malkin had struck her and threatened to kill her, and when he was knocked out by a falling vase, she beat his head to a pulp with a poker. 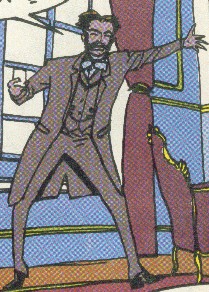 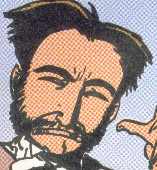 @ 1857, he was the abusive husband of Eleanor and the descendent of Charles. He mocked his brother-in-law "Matthew" when he returned from a missionary trip from China and spoke of Buddhism and reincarnation (specifically of people being reborn as animals). He commented that Eleanor was already a mouse and that he was surprised one of her cats hadn't eaten her already. He slapped Eleanor when she asked him to not embarrass her so and he drove "Matthew" out when he tried to stop the abuse. When he tried to beat some obedience into Eleanor, Charles' spirit forced him to kill himself, and then Charles possessed his body, reanimating it. When Charles threatened to have "Matthew" exorcise Malkin's spirit from their house, Malkin's displaced spirit took up residence in a stillborn kitten, which became a close companion to Eleanor for a year.

Seeing his chance when Charles attempted to kill Eleanor, he used his cat-body to knock a vase onto Charles head. He then caused the cat to kill itself, but by the time he returned to reanimate his own dead body, Eleanor had already beaten its brain to a pulp with a poker.

@ 1857, he was a priest and the brother of Eleanor. He worked as a missionary, traveling to China and learning of Buddhism, but he was too weak to stop Malkin from abusing his sister. Charles commented that he had summoned Matthew to exorcise Malkin's spirt, but it is not known whether Matthew actually had such abilities. 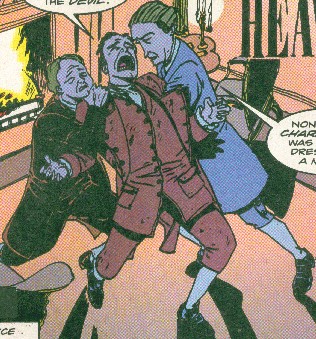 @ 1757, John was a member of the Hellfire Club alongside Charles Grey and Harold was the servant of Charles. They were present when Charles was driven mad by the sight of the "masked ape" John tried to assure Charles that what he say was just an ape in a mask, and John instructed Harold to give Charles an opiate to help him sleep.

John is the taller man on Charles left, white Harold is the shorter man on his right. 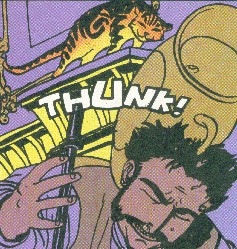 @ 1857, a stillborn cat, it was reanimated by the spirit of Malkin Grey, and it became a close companion to Eleanor for a year. Malkin used his cat-body to knock a vase onto Charles head, killing him. He then caused the cat to kill itself by leaping out a window and impaling itself on a spiked fence, apparently to prevent Charles spirit from finding another potential host.